Tattooed City explores the role of the architect in city-making. The architect is depicted throughout in a shadow-play of graceful dancer or darker force projected onto their creations. ‘Tattooed’ into the fabric of their work, these architects strike poses, athletic and balletic, celebrating or escaping their creations. They are consummate performers with a haunting presence and connection to their work. While their buildings are solid, the architects are enigmatic as shadow, spectre and silhouette. Tattoo City reveals the ‘dance’ of design, variously sublime and deeply flawed.

Peter Hyatt is a Melbourne-based photographer, documentary maker and author specialising in architecture and design. He has documented architecture since the 1980s, written and photographed eight books and his films include Glenn Murcutt, Christoph Ingenhoven and Sir Norman Foster. He was short-listed in the 2016 Bowness Photographic Prize. 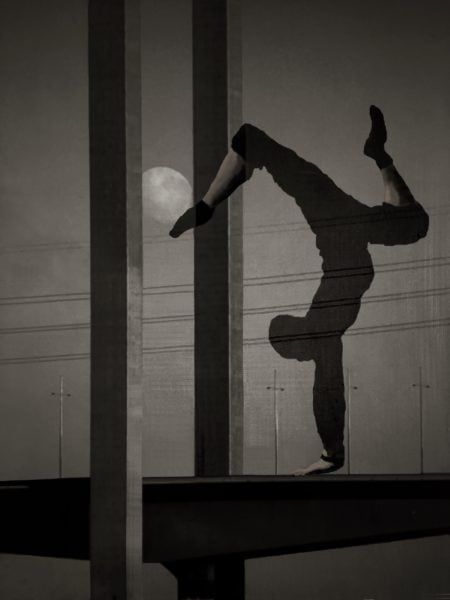